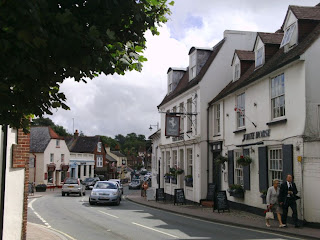 Storrington is a village near Worthing in West Sussex. A settlement has been present here since the Domesday Book when it was called 'Estorchestone' meaning a place well known for storks.  The village was known for its market and tanning industry. These days its location within easy striking distance of London has made Storrington a prosperous village. In just over an hour by train commuters can be in London's Victoria Station.

Storrington lies on the main A283 route which connects it with nearby Steyning and Pulborough. The High Street gives Storrington a small town feel and it does have a good selection of shops and its own shopping centre square.For such a small place it has two fish and chip shops and two butchers and three pubs as well as a good number of places to eat out.