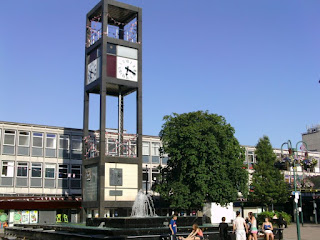 Stevenage is a modern town just 50 km from London with the A1 giving the traveller a straight run into the city from the north. The main centre of Stevenage is a bus station and a shopping centre. It is not a traditional English town with quaint old pubs and fine buildings since it really only came into being as a large town after the second world war. 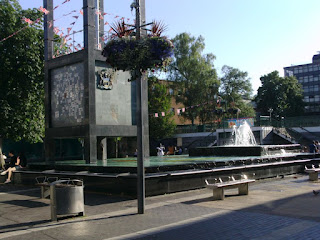 The city centre is completely free of traffic and the highlight of the town centre is the clock and tower with its large water pool and mother and child sculpture by Franta Belsky. Stevengage town centre looks dated because it is dated. In the 1960's this would have been state of the art but today it is in desperate need of a facelift. After the shops close the town centre is almost deserted during weekdays. 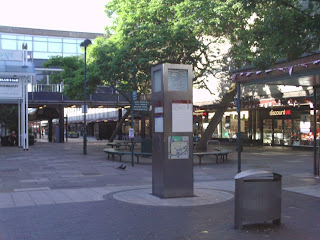 British Aerospace were once the largest employer for the town but these days GlaxoSmithKline rule the roost with  the large pharmeceutical group now having their research laboratories here. With a population of 81,000 Stevenage was originally a Saxon Village called Stith ( meaning strong oak ). It is mentioned in the Domesday Book as belonging to the Abbey of Westminster. 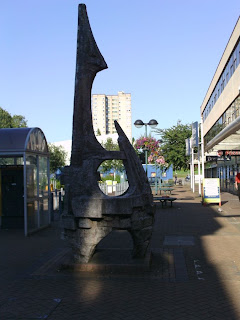 As you move out of the town centre you will find all the link roads linked up with roundabouts. The city housing estates all seem to be strategically placed around the outside of the city centre in a very organised and well thought out manner with plenty of green space linking up the various neighbourhoods. Stevenage is never going to be a major tourist attraction. It simply does not have the wow factor that many other towns and cities have due to their history and fine buildings.  It does have the Fairlands Valley Park with 120 acres of parkland right in the heart of the town. Built in the 1970' s there are four lakes and 20 acres of open water. There are play areas for the children and various activities along with a cafe.