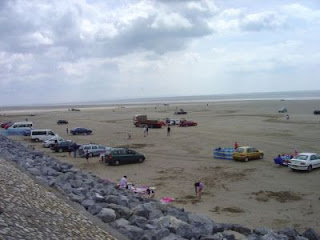 On 25th September 1924 the world land Speed record was broken by Malcolm Campbell in the V12 Sunbeam Bluebird at an average speed of 146.163 mph. Pendine sands in Camarthenshire is known around the world for its land speed records and it has one of the longest stretches of beach in the UK. It is actually seven miles in length. Malcolm Campbell was to break the record on three separate occassions at Pendine sands. 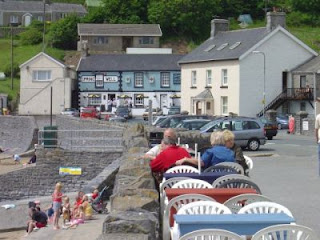 Unfortunately, in 1927 J.G. Parry Thomas was killed trying to beat Campbell's new record of 175 m.p.h. The vehicle in which he made this attempt was excavated and fully restored in 1969. 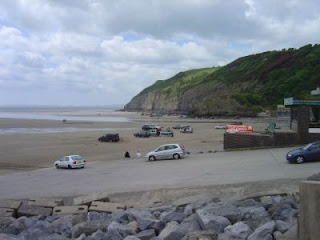 The popular Resorts of Saundersfoot and Tenby are close by. This beach is popular with families who can find a variety of sea shells and rocks, small fish and rock pools and even some caves.

Facilities are good with local cafes and gift shops selling souvenirs and there is also a Museum of Speed which is dedicated to the speed land record attempts at Pendine Sands. Entry is free and it is worth a visit, located right on the beach entrance with ample parking available.