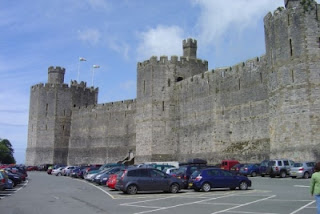 Caernarvon is architecturally one of the most spectacular castles in Wales. Although Edward I ordered the construction of many castles along the coast of Wales this one was built to impress the neighbours. It was intended to show the Welsh that they had been subdued and it was to be used as a seat of power.

The Menai Strait divides North Wales and Anglesey and Caernarvon sits on the southern end of the Menai Strait. Strategically placed this would provide a main operational base and supply post for Harlech and Aberystwyth castles. 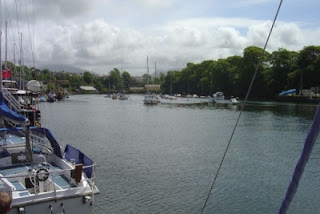 Edward I built castles and walled towns in North Wales to control the area following his conquest of the independent principality of Wales, in 1283. Caernarvon Castle was completed in 1323 although there is evidence to suggest that further work on its internal walls was never finished.

Edward II was born at Caernarvon Castle in 1284. It was captured by Welsh forces in an upgrising in 1294 but recaptured just a year later.

More details can be found at:  www.castlewales.com/