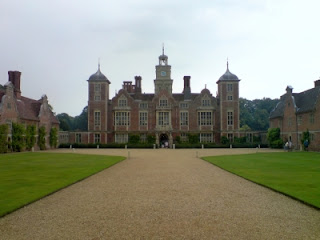 Blickling Hall is situated close to the market town of Aylsham. It is a magnificent and impressive stately home in the village of Blickling that has been owned by the National Trust since 1940. It is reputed to be the birthplace of Ann Boleyn although this could be disputed. Certainly the family of Thomas Boleyn did live here but records cannot prove that Ann Boleyn was actually born here. 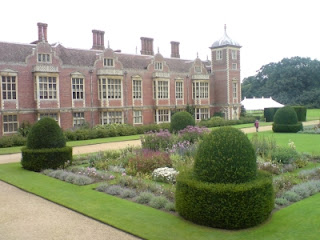 This Jacobean Hall was built between 1616 and 1627 and has a superb long gallery for which it is renowned. Visitors will be impressed with its imposing structure and the gardens and lake that surround the hall. The hall itself has some fine ceilings and the library holds some of the most historically important collections of books in England. 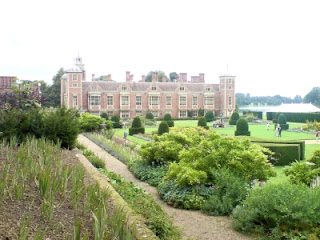 Records show that Blickling Hall in the 11th century was just a manor house but towards the end of the 14th century it had become a much larger moat house.

Throughout the year many events take place at Blickling Hall and visitors can admire the gardens and stroll around the surrounding parklands which have been developed over three centuries. During the Second World War the hall was used as an Officers Mess by the RAF. It was only opened to public in 1962.

The headless ghost of Ann Boleyn is said to haunt the home on the anniversary of her execution.
This is an extravagant property and one which has seen many important visitors over the years. It should certainly be on the list of places to visit if you are anywhere in the North Norfolk area.