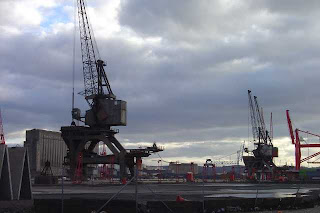 Avonmouth is famous as a port near Bristol. With the massive Avonmouth bridge spanning the River Avon it looks like a large industrial area and port facility which is exactly what it is of course. Avonmouth Docks would appear to have a secure future as on 25th  March 2010, the Department for Transport gave consent for the construction of Bristol's Deep Sea Container Terminal.

The Bristol Port Company operate the facility and also the nearby Royal Portbury Dock which is a major import point for motor vehicles into the UK. You cannot fail to notice the large number of cars as you drive along the M5 motorway past Avonmouth. 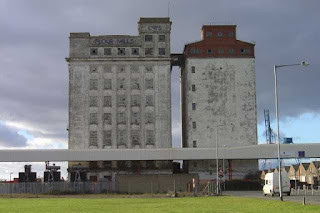 Avonmouth is not really a town although there are many dwellings in Avonmouth. It is actually a suburb of Bristol. There is also a nature reserve being developed in the port area called the Portbury Ashlands Nature Reserve.