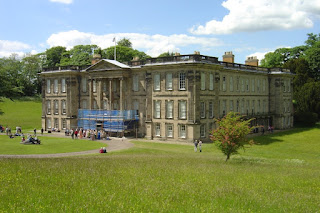 Calke Abbey was handed over to the National Trust in 1985. The building is Grade I listed structure built on the site of an Augustine Priory from the 12th century. Calke Abbey, a stately home rather than an Abbey, was built between 1701 and 1704. It was owned for many generations by the Harpur family and is now open to the public. The first thing that you notice when you visit is that many of the rooms have a decaying and neglected look about them. This is a deliberate intention since the National Trust wish to preserve the state in which the house was handed over to them because it tells a very interesting story. 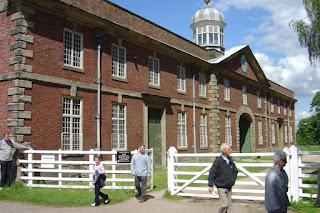 The last Baronet of Calke Abbey was a certain Sir Vauncey Harpur Crewe died in 1924 after devoting his life to the collection of natural history specimens. Visitors walk around the house with its peeling paint and abandoned areas which all go to show how houses such as this struggled in the 20th century as a result of high death duties and taxes apart from the expense of the upkeep of estates like this. The collections housed at Calke Abbey are as extensive as they are diverse. Crammed into every room are cases of birds eggs, insects, butterflies, rocks and completely random items that show the eccentricity of the family that lived here. 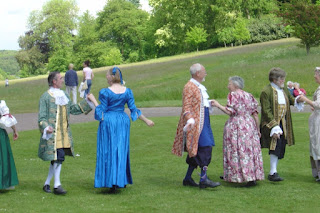 Calke Abbey is one of the most interesting National Trust properties in the country. The grounds of the estate are a joy to walk round and from time to time there are exhibitions and days when volunteers dress up in period costumes and the whole effect captures the spirit of a bygone era.