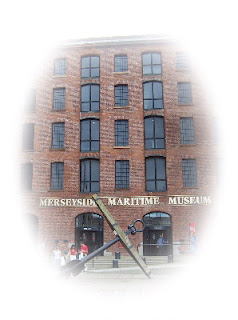 It is hardly suprising that Liverpool houses the Maritime Museum. Outside of London, Liverpool was once one of the most influential and prosperous cities in Europe. Liverpool was a major trading port and merchants from around the world would import and export their goods to and from Liverpool.

Liverpool was also notorious for its involvement in the slave trade and the museum illustrates the connections and deplorable conditions of the slave ships that would regularly be seen travelling up and down the Mersey.

At the museum you can explore the history of Liverpools seafaring traditions and the merchant navy. The museum also hosts a collection of shipping records in the maritime Archive and Library.

For more information take a look at their website which can be found at :