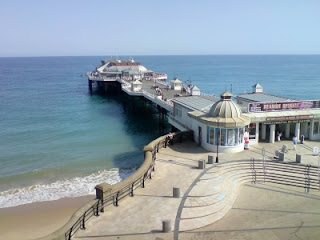 Cromer describes itself as the ‘Gem of the Norfolk Coast’ and it is certainly one of the main tourist destinations along this part of the coastline. Cromer first became popular as a resort in the early 19th century. The long sandy beach, typical of this part of the Norfok coast, the cliff walks and Victorian Pier are all popular with visitors.

Cromer and nearby Overstrand and Sidestrand are also often referred to as ‘Poppyland’ due to the numerous poppies growing in this area.

Cromer is known for its ‘Cromer Crab’ which is an important source of income for local fisherman. In addition to tourism, the fishing industry is still prospering here with an abundance of crabs and lobster in the summer months and some limited fishing for herring and cod in the autumn and winter. Tourists can buy fresh crab from the local shops. 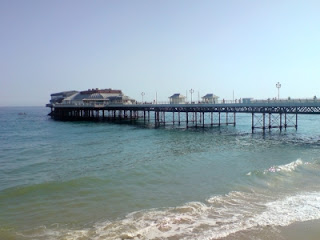 Cromer Pier has a three screen cinema and is home to the Pavillion Theatre. The town itself has some impressive Victorian properties, a rail service and plenty of places to shop and eat out. It was in fact the railway, built in 1877, that helped Cromer grow from a small and obscure coastal town into its present day grandeur.

The surrounding countryside is varied and of considerable beauty. This agricultural region has good fertile soil and the contrast of salt marshes and waterways, many of which lead into the Norfolk Broads. The pretty cottages and buildings in and around Cromer and North Norfolk in general are enhanced by the use of pebble dash.

It is fair to say that North Norfolk in general is very traditionally ‘English’. If you liked 70’s Britain and a relaxed and easy going lifestyle then you will be at home here. The only frustrations are likely to be getting caught following one of the countless tractors along the lanes and A roads.

This is a hikers or cyclists paradise and popular with bird watchers and those just wanting to get away from it all. The lure of outdoor life is what brings people here. Many of the idyllic villages seem to be caught in a time warp.

If you are visiting North Norfolk and staying in one of the numerous holiday cottages or holiday sites in this region then you will almost certainly visit Cromer which is at the centre of the North Norfolk coast.